By the numbers: Ontario’s top municipalities for home improvements 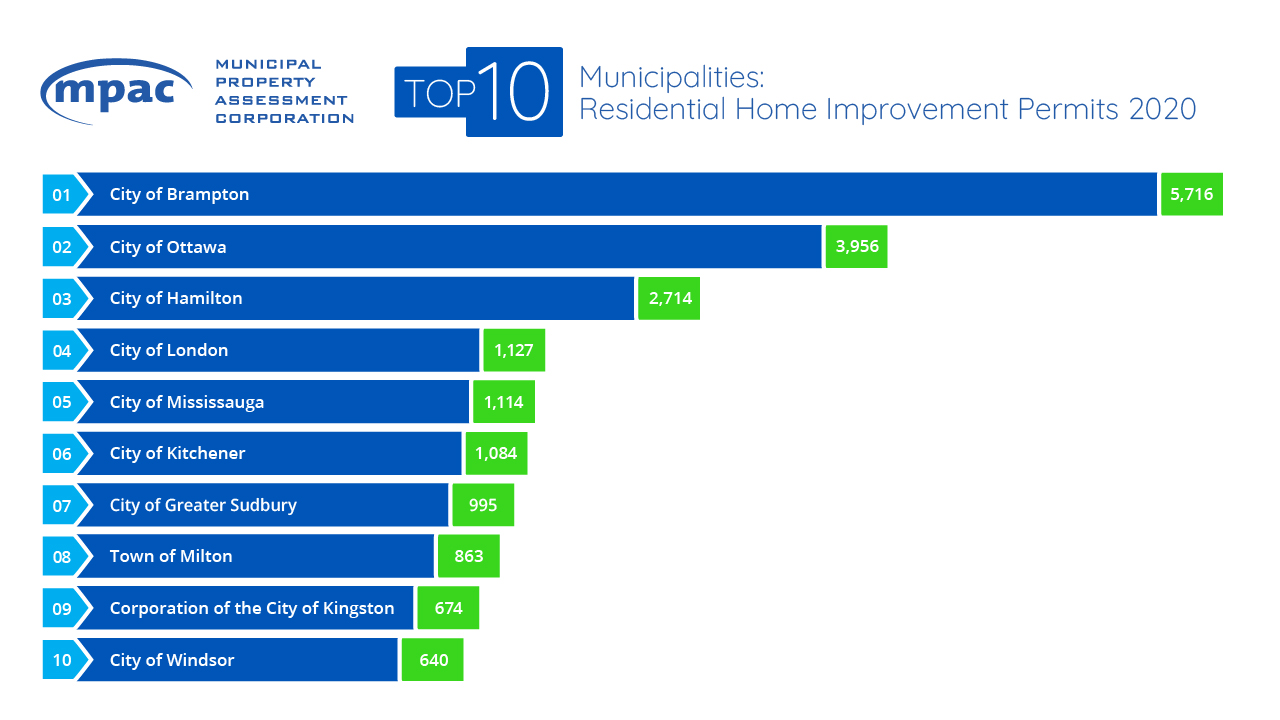 On a percentage basis, it was the Township of Laurentian Valley topping the list, with 122 permits representing a 149% increase. Suburban municipalities in the Greater Toronto Area experienced large increases in both numbers and percentages, led by the City of Mississauga (1,114 permits, up 93%), Town of Milton (863 permits, up 83%) and Town of Caledon (377 permits, up 86%). 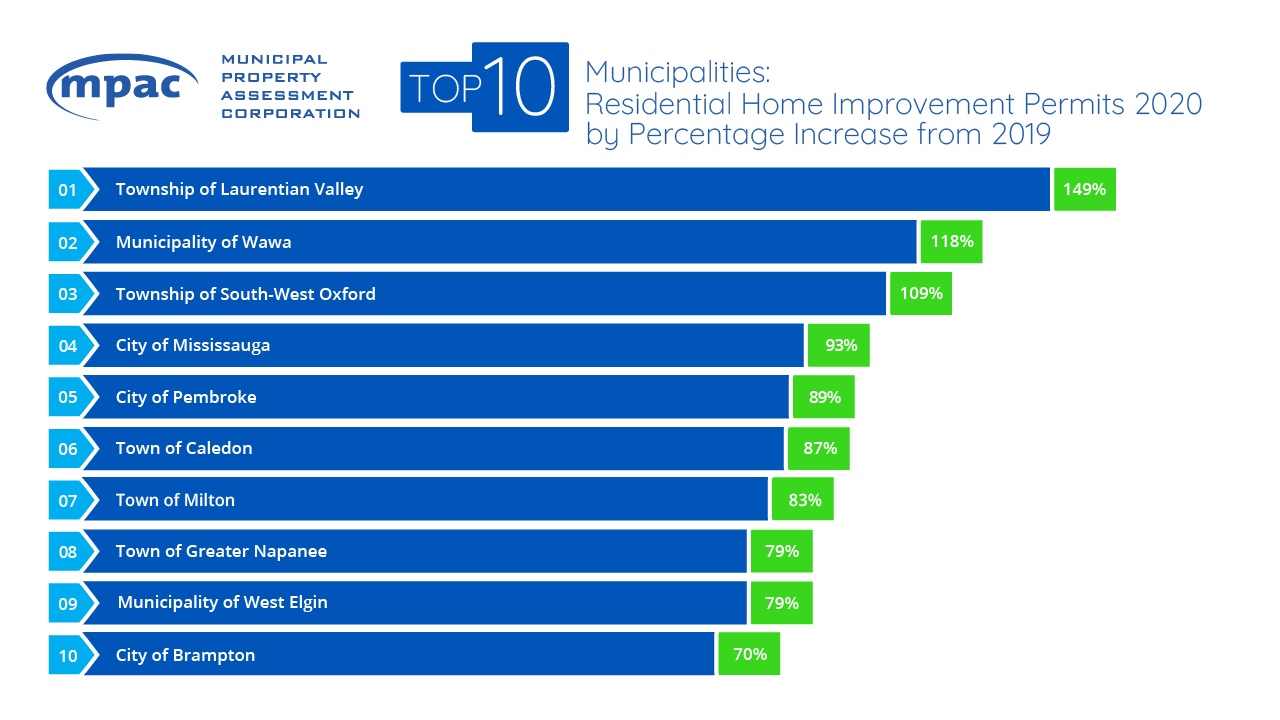 On a per capita basis, Casselman tops the list

While we saw a greater number of permits in larger municipalities, the Municipality of Casselman made the top MPAC list, with the highest per capita percentage of residential building permits in the province. Casselman was the only municipality in Ontario where building permits were issued for more than 10% of its residential properties (10.58% to be precise). Carleton Place was second in that category, with 8.97% per capita permits and the Township of Southgate had a rate of 8.89% per capita. 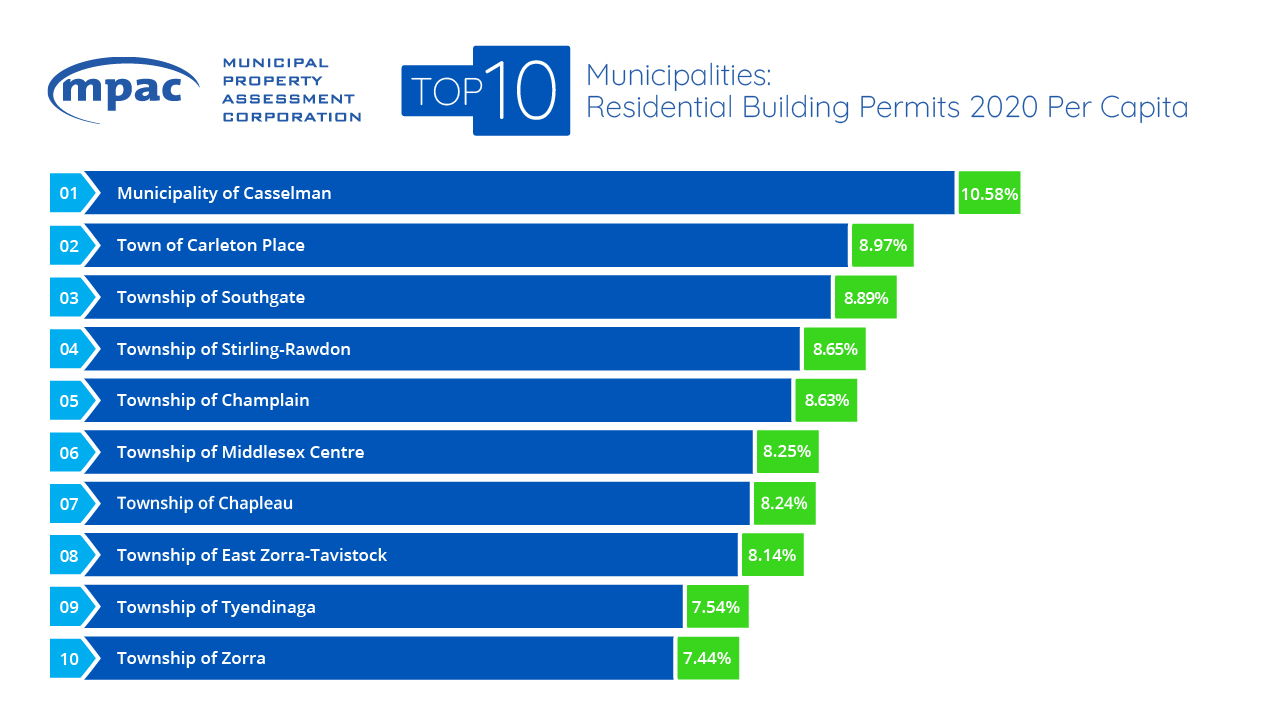