If your property, or part of your property, is approved by the Ontario Ministry of Natural Resources and Forestry as being managed forest or conservation land, we will assess its value according to the approach we use for those types of properties.

How your managed forest or conservation land is assessed

Your property, or part of your property, must first be approved by the Ontario Ministry of Natural Resources and Forestry as being managed forest or conservation land. Learn how to apply for approval below.

Once your property is approved as either a managed forest or conservation land, we will assess it accordingly, as outlined below.

We assess your managed forest based on regulated rates per acre, developed by using the assessed values of woodlots on properties within a similar neighbourhood. For example, farm neighbourhoods have similar soil characteristics and the farms within them sell for similar prices.

How the regulated rates work

There are three key values used to calculate the property value of your managed forest:

2. Highest limit = current value assessment (CVA) for the remainder of the property

How these values work together

Your managed forest's assessed valuation can never be higher than your  CVA or lower than 31% of your CVA.

The value using the regulated rate sits between the highest and lowest limits, so that is the valuation for the property.

In this case, since the value calculated with the regulated rate is higher than the highest limit of $60,000, the assessed value of the woodlot is capped at $60,000.

In this case, since the value calculated with the regulated rate is lower than the lowest limit of $18,600, the assessed value of the woodlot is set at $18,600.

This assessment approach for managed forests was developed in consultation with stakeholders including:

Programs to reduce your property taxes

Programs administered by the Ministry of Natural Resources and Forestry

This program is designed to encourage stewardship of forests, and offers a substantial reduction in property taxes to eligible property owners.

Find out if your property is eligible and apply through Ontario.ca's Managed Forest Tax Incentive Program page.

If a portion of your land has important natural heritage features, it may qualify for the CLTIP. Under the CLTIP, your tax for that portion of land may get a 100% property tax exemption.

Find out if your property is eligible and apply through Ontario.ca's Conservation Land Tax Incentive Program page.

How these programs work

If your property is approved to be classified as either managed forest or conservation land between our Assessment Update years (which happen on a four-year cycle), then: 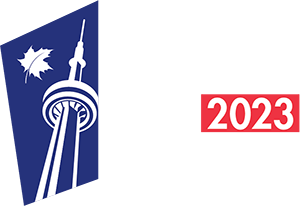